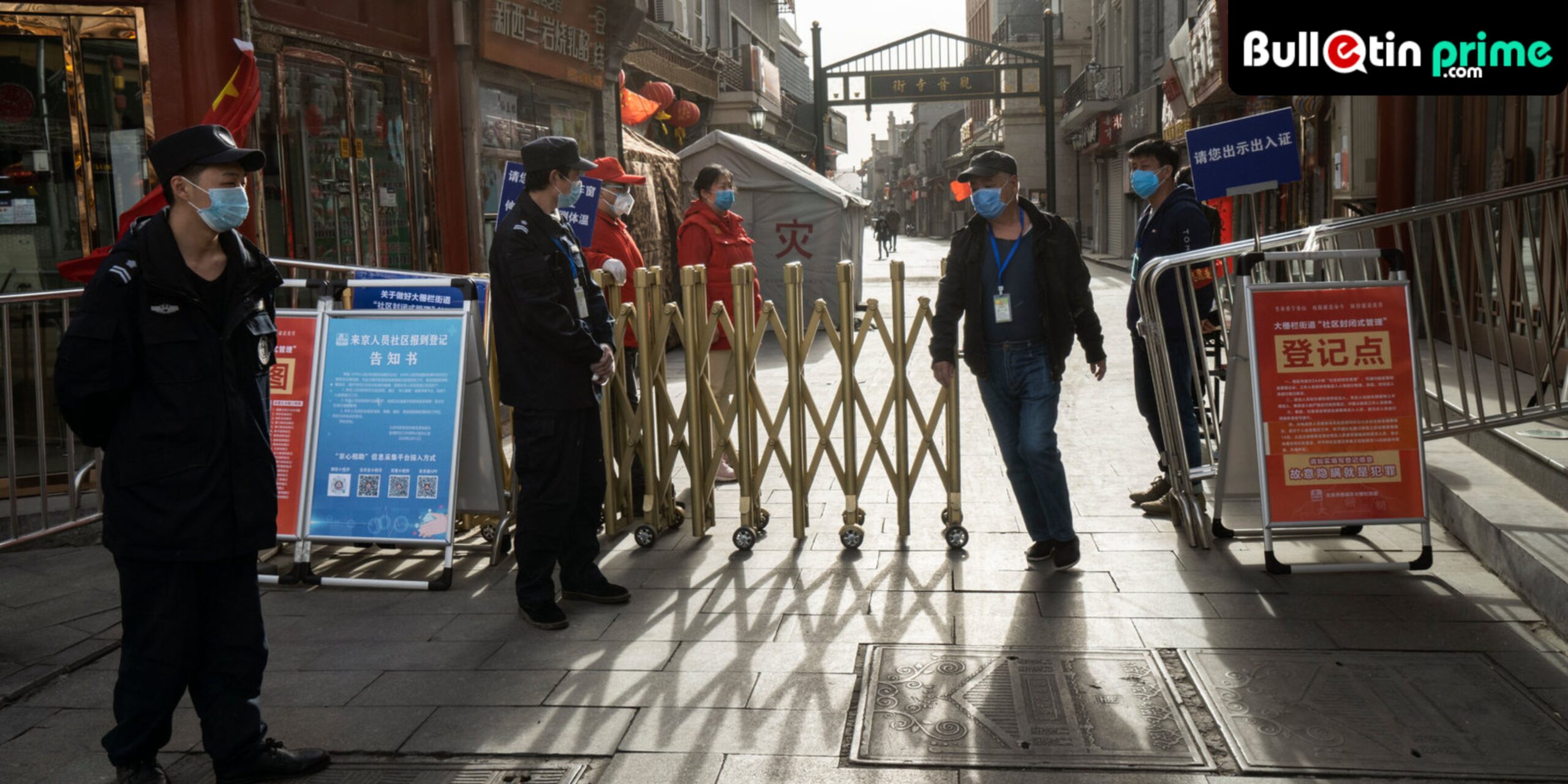 Following a catastrophic fire in the country’s far west, protests against China’s draconian Covid restrictions flared for a third day and expanded to many cities, resulting in hundreds of demonstrators and police engaging in violent altercations in Shanghai on Sunday night.

As dissatisfaction grows over President Xi Jinping’s famous zero-Covid policy nearly three years into the pandemic, a surge of civil disobedience unseen in mainland China since his ascent to power a decade ago is breaking out. The second-largest economy in the world is suffering greatly as a result of the Covid restrictions.

My country is my home, but I don’t love my government, so I’m here,” the protester said. It would be great if I could travel, but I am not able to. A protester in the financial center named Shaun Xiao declared, “Our Covid-19 policy is a game and is not founded on science or truth.

While demonstrators gathered on multiple university campuses around China over the weekend, protesters also took to the streets on Sunday in the cities of Wuhan and Chengdu.

In Beijing, two groups of demonstrators totaling at least 1,000 people gathered early on Monday along the Liangma River on the city’s 3rd Ring Road and would not disperse.

“We desire freedom; we do not desire masks. We want freedom, not Covid tests,” one of the groups had earlier chanted.Ten people were killed in a fire at a residential high-rise building on Thursday in Urumqi, the capital of the Xinjiang region, which sparked protests after videos of the incident were posted on social media and accusations that lockdowns contributed to the fire.

In the early hours of Saturday, Urumqi officials held a hurried press conference to deny that Covid measures had complicated efforts to escape and be saved. Numerous of Urumqi’s 4 million inhabitants have been subject to some of the nation’s longest lockdowns and have been prohibited from leaving their homes for up to 100 days.

In Shanghai on Sunday, police maintained a strong presence on Wulumuqi Road, which bears Urumqi’s name and was the scene of protests the day before after a candlelight vigil there.

The only thing we want is our fundamental human rights. We cannot leave our houses without taking a test. According to a 26-year-old protester in Shanghai who asked to remain anonymous due to the nature of the issue, it was the accident in Xinjiang that caused people to go too far.

“The people in this place are not violent, but the police are detaining them without cause. They attempted to grab me, but everyone surrounding me grabbed my arms firmly and pulled me back so I could run away.

Hundreds of people had gathered there by Sunday night. Police trying to scatter them were pushed around by some. As a sign of opposition, many held up blank sheets of paper.

Unverified footage posted on social media claims that after the fire in Urumqi on Thursday, crowds there took to the streets on Friday night, yelling “End the lockdown!” and pumping their fists.

On Sunday, a large crowd gathered in Chengdu, a city in the southwest, holding blank sheets of paper and chanting: “We don’t want lifelong rulers. We don’t want emperors, said Xi, who has abolished term restrictions for the office of president.

Wuhan, China’s capital and the site of the pandemic’s start three years ago, Hundreds of locals took to the streets, breaking down metal barricades, toppling Covid testing tents, and demanding an end to lockdowns, as seen in videos posted on social media.

Other locations that have had protests include Lanzhou in the northwest, where on Saturday, residents destroyed testing booths and toppled Covid staff tents, according to posts on social media. Although none had tested positive, protesters claimed that they were still placed under lockdown.

A UN Panel has Recommended that the Great Barrier Reef be Listed as “vulnerable.”