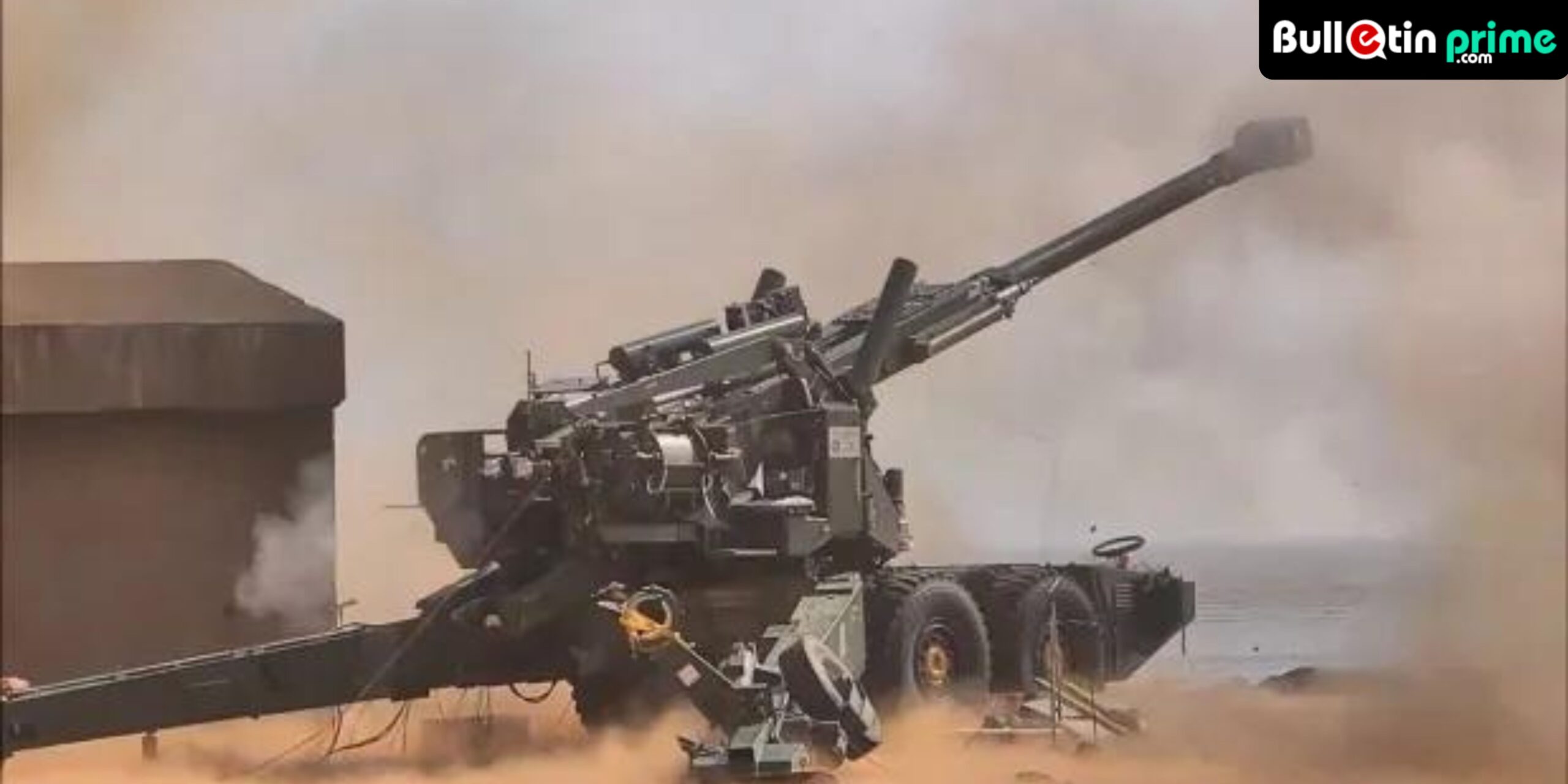 The order will be carried out over the next three years by Kalyani Strategic Systems, a fully-owned subsidiary of Bharat Forge. A possible sale of the company’s Bharat 52, a 155mm/52-caliber artillery cannon, was being discussed with Saudi Arabia.

People with knowledge of the development claimed on Wednesday that Indian defense business Kalyani Strategic Systems Limited has received a $155.5 million export order for the delivery of artillery guns to a friendly foreign nation, the first such purchase for a local company for the 155mm weapon system.

The corporation hasn’t yet disclosed the name of the overseas client or the number of guns that will be delivered.

This order, to a non-conflict zone, is a testament to the government’s Aatmanirbhar Bharat (self-reliant India) policy and its ongoing efforts to boost Indian exports of indigenously designed, developed, and manufactured advanced defense platforms (IDDM)..”

In order to take advantage of export potential in the defense industry, Bharat Forge has been combining its aerospace and defense businesses under Kalyani Strategic Systems.

In the first half of the current fiscal year alone, export orders of $8,000 crore were placed, according to officials, bringing India’s total defense exports since 2014 to $30 billion. As a result of the government’s initiatives to increase the export of military equipment to friendly foreign nations, India’s defense exports achieved their highest level in 2021–22, with the total crossing the $13,000–crore mark and the private sector accounting for 70% of the shipments.

In an effort to support domestic defense manufacture, India has also banned the import of 411 various weapons and systems over the past two years. Over the following five to six years, it is anticipated that these weapons and platforms will be locally produced in stages.

In December 2020, the Union Cabinet approved the sale of Akash missile systems to friendly foreign nations and established a powerful body to expedite the approval process for defense exports.

Lieutenant General Vinod Bhatia (retd), a military affairs expert, previously stated that India has a good strategy and action plan in place, supported by policies that look to the future, to ensure self-reliance in defense and increase the country’s status as a net exporter of weapons in the years to come.

Nearly four times as many export authorizations were authorized in the previous five years as were given last year, and between 2017 and 2021, the government reduced the time required for such authorizations by a third.

Following the news, Bharat Forge’s shares reached a 52-week high of Rs. 890 on the BSE before dropping to Rs. 878.7 on Wednesday.

Tremors are felt in Delhi-NCR after a 6.3 Magnitude Earthquake Strikes Nepal