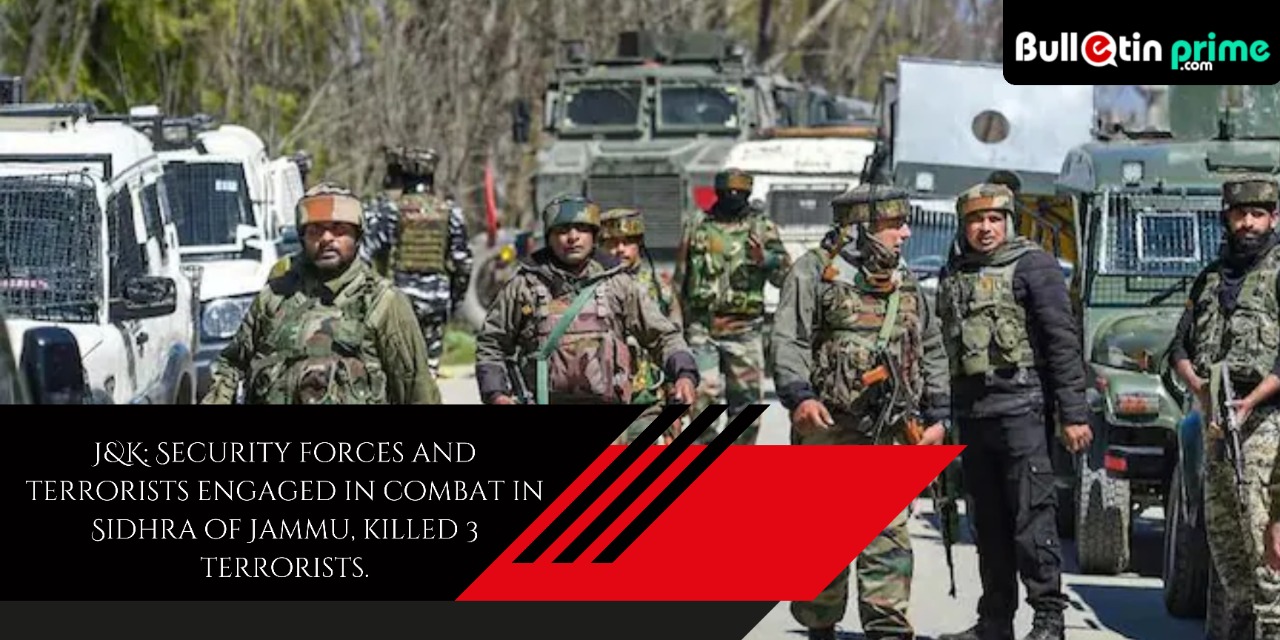 Since August 11 in the Jammu division, security personnel and militants have had three encounters. On August 11, a militant attack on an Army base in the Darhal neighbourhood of the Rajouri district resulted in the deaths of four soldiers, including a JCO.

In a “chance encounter” early on Wednesday morning, at least three terrorists headed to Kashmir in a truck were reportedly slain, according to the police.

A brief engagement on Wednesday morning between security personnel and terrorists in the Sidra region of the Jammu district most likely resulted in the deaths of three militants.

The truck they were travelling in has caught fire, according to the police, and once things have calmed down, they will be able to determine exactly how many terrorists were killed in the encounter.

According to the authorities, it is still too early to determine which terrorist group the militants who were murdered belonged to.

While speaking with media in Jammu, a senior police official stated that in light of January 26, the police have notified the border security grid around the city.

In the Jammu division since August 11, there have been three encounters between security forces and militants. During a terrorist attack on an Army base on August 11 in the Darhal neighbourhood of the Rajouri district, four soldiers, including a JCO, were murdered. Four hours after the incident, two of the attacker’s militants were shot and killed. In the Budal region of Rajouri, another incident occurred on August 15.

However, the driver escaped the scene by using the justification that he had to use the restroom. He claimed that when the security forces began searching the truck, they came under fire from the terrorists inside, who then opened fire back, killing all of them.

Since August 11 in the Jammu division, security personnel have had three encounters with militants. A militant attack on an Army base in the Darhal neighbourhood of the Rajouri district on August 11 resulted in the deaths of four soldiers, including a JCO. Four hours after the confrontation, two of the terrorists who were participating in the attack were shot and killed. Another interaction happened on August 15 in Rajouri’s Budal neighbourhood.

After Gambia, an Indian Syrup Linked to the Deaths of 18 Children in Uzbekistan